Ball Tripping - How it Works

The gambling cheaters all over the world want to overcome the roulette mechanism in different ways. They find out new strategies which do nothing but stray the users or invent the most useful calculating systems which also delete all the joy of the very game creating the anxiety and heartbeat. 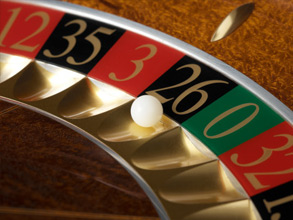 There are also gamblers who don't want to obey the unpleasant fact of the house edge and create different riddles that are difficult to discern for the casino workers but profitable for the cheaters. We know that the ball is moving in the random way and it's impossible to predict the outcome, nevertheless it's not too much for them. The invention of the ball tripping is the most extraordinary thing that one could imagine. First of all it's very risky and the cheaters have to be ready all the time when they learn how to play roulette and have to be mega aware of what they are doing, because one second decides everything.

So, which one of the ball tripping methods would you try? It is better that neither of them was used, because the security really can learn something from its mistakes.