Charles Wells is considered to be one of the best roulette cheaters in the gambling history. With invention of the gambling devices, there were born also the gambling cheaters, who somehow were swindling the casinos, dealers, or machines with their quick wit and playing experience. 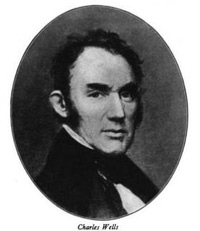 Charles is considered to be the most extravagant deceiver, who was swindling everybody from 1981st, but the ideas were generating maybe from his first visit at the casino. The song "The man who broke the bank in Monte Carlo" also relates with the name of this cheater, in spite of the fact that many consider Joseph Jagger to be the causer of it. Charles Wells was from the sort of men that liked to play in his own life, not only in the casinos: he was wasting his money anywhere he wanted, and thus always wanted to get more and more. So, there was only one outcome for the skilled gamblers that knew the mechanism of games and didn't want to earn money in the ordinary way - to take them from the casino playing games with the highest payouts.

To win the whole money that is lying on the roulette table is impossible. It really means "to break the bank". But there are unitary persons who could and can do that, but they are considered to be the cheaters. Charles took exactly this kind of life route, and even if he had a pity, he just couldn't stop. So, this player took lots of the banks credits for his inventions and really didn't know how to pay all these debts. And maybe he even didn't obsess about it, because instead of the inventions - he just was sparing them at the casino, playing roulette. Unreliable person wanted to try himself a little bit further - and went to the most famous casino of Monte Carlo and there he could grab all the casino's reserve only with £4 000 that were left from the loan.

Where is the trick?

The roulette game was lasting there for more than 11 hours, during which he could hit the greatest amounts several times! 23 winning times from the 30 spins - it's really the main gambler's success. And he wasn't cheating at roulette! This is the unique and the most extraordinary affair, when the cheater wasn't swindling during the games, he was just extremely lucky! And the point of hoodwink itself was the fact that he was playing by not his own money but loaned which he wasn't going to give back. But really - no biased wheel helped him, no magnets or some mechanical tricks that he could use - only the fortune of else's money.

So, the gambler during three days could become a millionaire even with the events of the consecutive spins with the numbers 5-5. So, the police and casinos managers were just confused - where the trick was, but they couldn't realize that - nowhere. In such a way Charles Wells became a gambling celebrity, swindler who deceived rich people to invest money in his "invention".

But no long he was a lucky man who managed to be rich every time. Once he lost all his money and was arrested because of the loaned money which he couldn't and wasn't going to give back. Thus the justice always comes, and the past rich man died alone and in misery, after being prisoned several times.