As it always happens, lots of cheaters even didn't want to become members of some cheating groups and to swindle, taking lots of risk. But the casual circumstances do their work, and relate the actions and life periods in such a way, that one can't stand but to receive the present from smirking destiny. 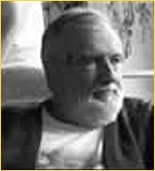 The same happened with Duke Wilson. He wasn't the cheater from his childhood, didn't spend most of his time, playing in the casinos, and even didn't think that once he would be one of the skilled roulette cheaters that would even be the member of the most famous Past Posting cheating group. Once he met the woman with which he got married. Everything had to be normal and usual in their lives, as in the average marriage, but not at that moment. In 1969th, Duke Wilson was involved into the Classon Past Posting Group, in which he didn't only filled the free seat at the roulette to make the mold of some strange player, he became the "claimer" that for the person, who was the tyro in the gambling world was quite respectful.

To become the expert with no background

But, let's examine everything by steps. So, his wife, Paula was connected in some way with the leader of Past Posting team at that time - Joe Classon. The circumstances turned in such a way, that far away, Paula worked as a secretary at the Joe's firm in the late 60s. Everything was legitimate and profitable. In the very time, Duke was found of some illegal deal, growing weeds, and as he wanted to convert this plats into the profitable business, it didn't work out because bigger part of the marijuana he was smoking himself. To cheer up the ingrained drug addict wasn't so simple, but Joe Classon managed to pull him over his cheating at the casino occupation, where Duke began the life anew. He understood that the weeds business only could bear away him and the new illegal career started at the casino which later brought him the status of "wheel mechanic".

At first, as a usual claimer his deal was to claim the fake chips that were prepared for him by the Joe's past posting. Wilson was a good student in the hands of good cheating professor Joe Classon. He caught very quickly the chips' mechanism, in which he had to exchange the lower amount of chips into the higher ones in the speediest and the most invisible way before the dealer's dolly was put. So, the result of Duke's studies even exceeded the expectations. He was brilliant cheater that was denominated later as the most skilled wheel mechanic. In other words he became the expert, who could even make the focus, in which the dolly was removed in order to put there that amount of winning or losing chips that was needed. And all this was done in the period of one second, during which the croupier could only turn his eyes away. Magic!

So, with such cheating professionals, Joe Classon realized that all the casinos profits were beyond their power, so the great tour was started, in which they seized the casinos in the USA and even Europe. Duke continued improving the most difficult tricks of the past posted chips, and maybe due to his skillfulness, he wasn't caught and could keep on swindling. Approximately 30 years they were together until the end of the long cheating team. With the head of Richard Marcus, Duke Wilson wanted to create a new team, but the retirement of Joe Classon was too significant and they couldn't perceive the new leader. In such a way Duke retired and lived the rest of his life in calmness and profits.