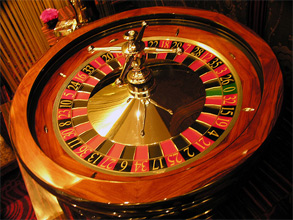 Till now, the gambling experts and just simple players who want to know more about the origin of the roulette are hesitating, because the exact place of its origin is Europe, of course, but where? We'll try to figure out it a little bit later, now we're going to concentrate ourselves on the distinctive characteristic of the European roulette, which is considered by lots of people to be more convenient to which it is better to get used to.

The First Steps in European Roulette

So, as we remember and not remember but have heard somewhere, that American roulette is based on the European one, so instead of its numerous differences, the roulette of Europe is superior in many ways. But how does it work? You are a novice in the roulette gambling and really don't know what to start with? We'll try to help you in this! Look:

Inside bets in roulette: the player has to make at least minimum amount of bets on this table. The zero filed also is situated here. The player has the possibility to make the straight bet of one number, and thus he will have the payout from 35 to 1. And also the roulette gambler can make a split wager on two numbers (the outcome will be from 17 to 1).

So, what the player has to do?

The gamblers can do several roulette bets, and then just wait for the outcome of the game. Plus on different tables the maximum number of bets is definite, as well as the minimum. In European game, the gambler has better chances to win due to the one zero field. The edge of casino in this kind of roulette is less, 2.70% that also shows the benefits of the European roulette. Just try it!