If we hear the song of Fred Gilbert with the following words - "the man who broke the bank at Monte Carlo", every time it's necessary to remember the famous roulette player, and as a consequence one of the best roulette cheaters Joseph Hobson Jagger. Yeah, he did it for real, taking all the money from casino. 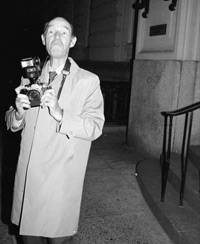 So, this not significant mechanic from Britain at first even didn't think about such an outcome - to be part of the roulette history. Approximately in the year of 1830 he was an ordinary engineer and worked in the industry of cotton in British village of Yorkshire. But the simplicity of average life didn't satisfy him; he wanted to try himself in something risky, venturesome. And the million ideas that he was bearing in his mind wanted to come loose. So, not waiting long, he started to get his hand in gambling, more exactly - roulette gambling. He wasn't a simply player, he wanted to become an expert in gambling and thus tried to apply all his mechanical and engineering skills in the examining and learning the roulette wheels. As always, in order to put money to work, he wasn't alone in the frauds. There were other players who helped him in the gambling cheating operations.

How he managed to do it?

So, what happened once in the casino of Monte Carlo? One of the greatest spoliation! The players that were in Jagger's band were monitoring the different outcomes of the roulette wheels, at that times they counted 6 of them. Joseph then tried to analyze that outcomes and data, in order to catch the biased wheel among them. But it took him not minutes to come closer to the result, but really long time to prepare such kind of ready gambling attack. And when the roulette wheel formula of luck and success came to him, he realized that they really could do this.

The point was in the nine numbers on which the other numbers always came to rest in one of the wheels. And only after this, the ball could encounter the other number lair. So, as soon as the roulette analyzed strategy was ready, Joseph Jagger took from Beaux-Arts Monte Carlo's casino over £60 000, in the international currency -$3 million. Not with the one game or one day - Jagger tried not to embarrass them completely and was grabbing money gradually. One day - $70 000, another $300 000, and not everything was simply and smoothly. Once the biased wheel was replaced, and Jagger was thinking that all the attempts were wasted, but soon everything stabilized and they continued what was started.

Money was invested, he left his job and was resting somewhere satisfying the feeling that he had gained the main gambling dream. Then there was a song about him and a TV show about his achievement and thus we will remember this one of the best roulette cheaters forever.