Father of Past Posting - Mumbles

This is a little bit sad story about the genius gambler, who began the history of past posting cheating at roulette. Nobody knows his real name, so why was he Mumbles? It happened that he carried the throat operation, due to which he couldn't speak in an ordinary way as a consequence. His voice seemed robot's mechanical speech that even he couldn't bear himself. So, he could only mumble - yes and no. 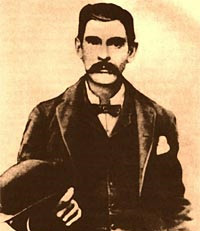 What is known about this legend person is that he was born approximately in the year of 1897th and bears the American origin of the metropolitan city New York. The past posting invention is considered to be a "great" and useful for cheaters mistake that he committed by chance in 1950 when he came to Puerto Rico to cure his throat disease, more exactly - the post operational syndromes. The mild and warm climate was the best for him and plus there was his sister, even nurse, who could care about him in that times. And there his gambling history began.

The birthday of past posting

He was playing, betting, cheating at roulette, and not one time he was caught while swindling in the San Juan casino. Not roulette was his favorite deal - he adored craps, others gambling games where he could impart his ingenuity and experience. And this craps game really pushed the gambler to the invention of the past posting method. Once he was playing it, and just by chance hit the chips of small amount to the winning numbers of another player. As a result, the dealer was confused and paid the last less money, because didn't see the winning chips beneath the $5 chips. There was a performance of screams, and then dealer's apologizes, but Mumble at that time obsessed with this idea too much to forget what had happened. He thought that indeed, such dealers could make more such mistakes, and the situation would have good outcome for the visitors too who would be just apologized.

Next day, Mumble began realizing the plan of replacing the chips of less value into larger and vice versa. It was done in unnoticeable way, thus the dealers couldn't catch the cheater. For example, he was putting above the $5 chips those with $25, when the bets were done and the winning combination was already determined. When the dealer was going to pay him only $5, Mumble didn't wait long and initiated the drama of been paid wrong. Imagine, he was paid his $30! And even he received excuses.

Then he launched this method into the roulette game with the same mechanism but with more sharpness. The main casino's mistake that he noticed - is the robot's actions of the dealers. They do the same thing each day millions of times, and this could play benefits for the cheaters. And before the dolly was placed, there would be enough time to do cheating manipulations - what Mumble was exactly doing.

Then Mumble provided some improvements to the general moves of the past posting hoodwink - there were other persons who had to help him in this. And thus together with his friend Wheels, there was organized the most famous past posting team that has been leading its cheating methods till nowadays. Mumbles was the cheating past posting teacher to many of the well-known cheaters that continue giving this knowledge to other generations.