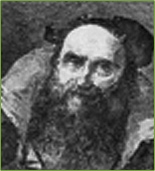 Since the time when roulette was invented, there were lots of tricky cheaters who wanted to have more money, not valuing the same process of playing roulette, where you just wonder if it's your day today or not. They were so ingenious, that sometimes it was even funny. It wasn't the experienced and skilled past posting movements during which the cheaters converted themselves into the expert actors, it was the simple hoodwink, during which you had to debase yourself by hiding in the casino's toilet.

But it was not so easy that it seemed for the first time. Pierre Dugal proved that even the knowledge of unimportant carpenter could help in cheating at roulette and just in general at casinos. So, imagine approximately 1800's year in the French Riviera, with the amorous carpenter, who having married several times, received from this his earnings in the casino swindling. The fraud consisted in such manipulations:

Thus you see that even the knowledge of wood carve could help the ordinary and not so smart as for example the other cheaters to reap the money from the casino. Of course the police found very quickly what was going on in the casinos, and he was converted into the pilferer who would always be running from French Gaming police, changing wives and hiding evidences. But being swindler not only at gambling and numerous casinos, but also in life, didn't bring him enough ingenuity to stop and to be more careful. At first there was one wife, along with quantitative numbers of lovers, which were jealous to each other. It couldn't bring the success indeed. One by one they were betraying Pierre to the police, telling there his cheating scam tricks.

The far fairy tale couldn't finish in the prosperous way because of Dugal's insatiability in wives and money. As a complete scoundrel he was being prisoned during the rest of his life and there he was really broken and abandoned by 4 of his wives who would never come to visit the ordinary carpenter without money and esteem.