If somebody starts speak about gambling, its games and world-famous casinos, everybody remembers Las Vegas casino line or one in Monte Carlo. If somebody starts speaking about cheating at casino, the name of Richard Marcus is heard immediately. Yes, he is like the cheating hero, who knows what he is doing, and with such ingenuity, quick wit and intelligence, he was cheating casinos. Now he is not imprisoned in some jail, but he is famous, well-known person who is fond of education and authorship. 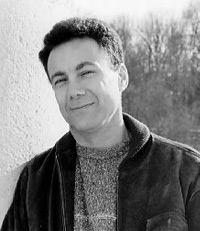 So, Marcus history began long ago, when he was an ordinary man that liked gambling and wanted to try himself not only in the playing. The player's winnings at that time weren't enough even for general maintenance. Now let not forget that he is one of the millionaires because of his charisma and brains. So, at those times he met very misery years, during which he even wanted to live under the bridge because of financial helplessness. But still he remained honest. The other person could become discouraged and give up such life. But not Richard Marcus. He was a professional at gambling, why not to apply this skillfulness to an affair that he knew completely. He became a dealer at the Las Vegas casino, and became really skilled hand at gambling. So, imagine the person who knew the gambling mechanism from cover to cover: he was a fantastic player, then he was a great dealer, isn't it a destiny to apply the status to the profitable business? There were thousands of ideas that were generating in his mind. And he just was going crazy. Only the application of them could help his brains from its burst. The cheating at roulette application.

The past posting method was the best one among the cheating types at roulette. He knew also the psychological factor that always was present during the swindling games. Plus if you are a great actor, or tend to be, the result is going to be great. The dealer can be confused by the abnormal behavior of the players, and if some of them screams from happiness that has won the payouts, the croupier would be embarrassed but couldn't do anything if he sees the winning chip under that small one.

Even the moves of roulette cheaters were called by Marcus. One of them was Savannah that is used till now. Besides, it is said that it is a name of some stripper that he has once encountered. It's the above position of the high-cost chip upon the less value one. As always justice is superior any brains and sharpness and what is more it comes at the least expected moments, but it comes for sure.

Marcus was caught, but just couldn't give up such affairs. Having served his time in prison, then he was considered as a retired cheater of gambling, but still just wished to share his thoughts and ideas with people. He began to keen on the authorship, and nowadays we can read his exciting book story about "American Roulette: How I Turned the Odds Upside Down - My Wild Twenty-Five-Year Ride Ripping Off the World's Casinos", in which he tells everybody the main roulette secrets, rules, strategies, his cheating story, the "Savannah" movements. At the moment he has even his own site which includes different articles about gambling tips and books.

So, as you see not all the cheaters can pass the rest of the life behind bars. Some of them can move to the other level of gambling history and not to be only some gambling swindler, but remain in the memory of the entire world as the educated and intelligent person who will leave a great gambling track after himself, especially in the history of roulette.