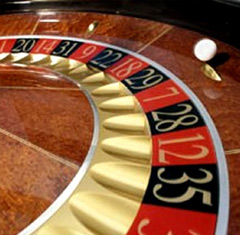 Cheating at roulette is always like a special and the most sophisticated art, where not only the sharpness and general smartness take some part, but also the imagination of the swindlers must be on the peak of its outwitting ideas.

The mix-up roulette swindling is considered to be the psychological and inventive weapon that the cheaters can use when they play roulette. This fraud also like in the roulette slide cheating consists of 4 swindlers and it begins in the following way:

How the Cheating Begins

So, all the suspicions that the dealer or the casino officers have are simply turned into lucky and happy atmosphere during which the players are enjoyed, the woman has won, but the dealer also has a little bit of "fake" thoughts about all thisâ€¦ Isn't it a great performance?