Monique Laurent - Seducing as a Cheat 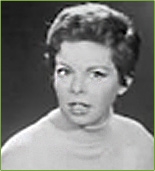 In the beginning of the 20th century there was a great invention among the cheating methods at the casinos just with the pack of cigarettes. And here was involved nice and elegant woman whose name is Monique Laurent, who became one among two women that entered into the paragraphs of cheating at roulette history.

Having the birthday on the Valentine's Day influenced on her lifestyle very much: as the Cupid she was shooting with her arrows at the numerous dealers and the same roulette cheaters, which just wanted to stop playing and give up everything. She was the priceless muse who in the same moment was brave and intelligent.

Imagine yourself the pack of cigarettes in which there was attached the transmitter which was connected to a tine receiver that was hidden in the ball. Almost the whole family of Monique was related to this fraud, they managed to find even the familiar dealer who helped them in this scam. So, one player was making the bets while Laurent in a split second pushed the hidden button on the pack of cigarettes. In such a way the ball was turning, sending signals into the special dive that was controlled and could make the ball stop into the needed square of numbers. The percentage of success was really great, and in few weeks it worked so faultlessly that the cheating team could grab the Casino Deauville with the highest amounts.

The managers of the casino were confused: they really couldn't figure out the reason why they were hit and where was the forgery. Then there were lots of experts who examined the roulette wheels and tried to find the biased defective ones. But it didn't work out: everything was perfect. The owners were stunned, the examiners were powerless. It meant that this time the scam tricks really succeeded and the cheaters were just smirking in the corner spending their earnings. Monique continued her maneuvers with the Marlboros, the ball kept on stopping on the needed figures and everything was great.

The main problem wasn't related with the cheating scam or something like this. The forgery was in the fact, that Monique was indeed the beauty in all the casinos, and too sexy not to notice. The owner of some casino even wanted to marry her. And it was the obstacle in the swindling operations because diverted from the deceiving movements that they had to do according to the program. And the most dangerous in this entire situation was the habit of the owner to ask for a cigarette in Monique who really couldn't fancy how to make it right. But the cheating team managed to continue without being noticed!

All has its end

But sometimes it had to be finished, but nobody even suspected how. As the casino's owner fell in love with the enticing woman, he couldn't help but observing her all the time. But in this time love didn't make him blind, and he understood why Monique was the most frequent visitor at his casino, and tended to play near the same table, making the minimum bet and winning the maximum payouts. Thus the intrigue ended with the prisoning of Laurent.

But in spite of this event, Monique really became the estimated figure in the history of roulette cheating. Ironically now she is working at the casino of Las Vegas at the department of wardrobe and just remembers from time to time the extravagant tricks that during dozens of year ago she was accomplishing with such passion and skillfulness. Play best casino slots!